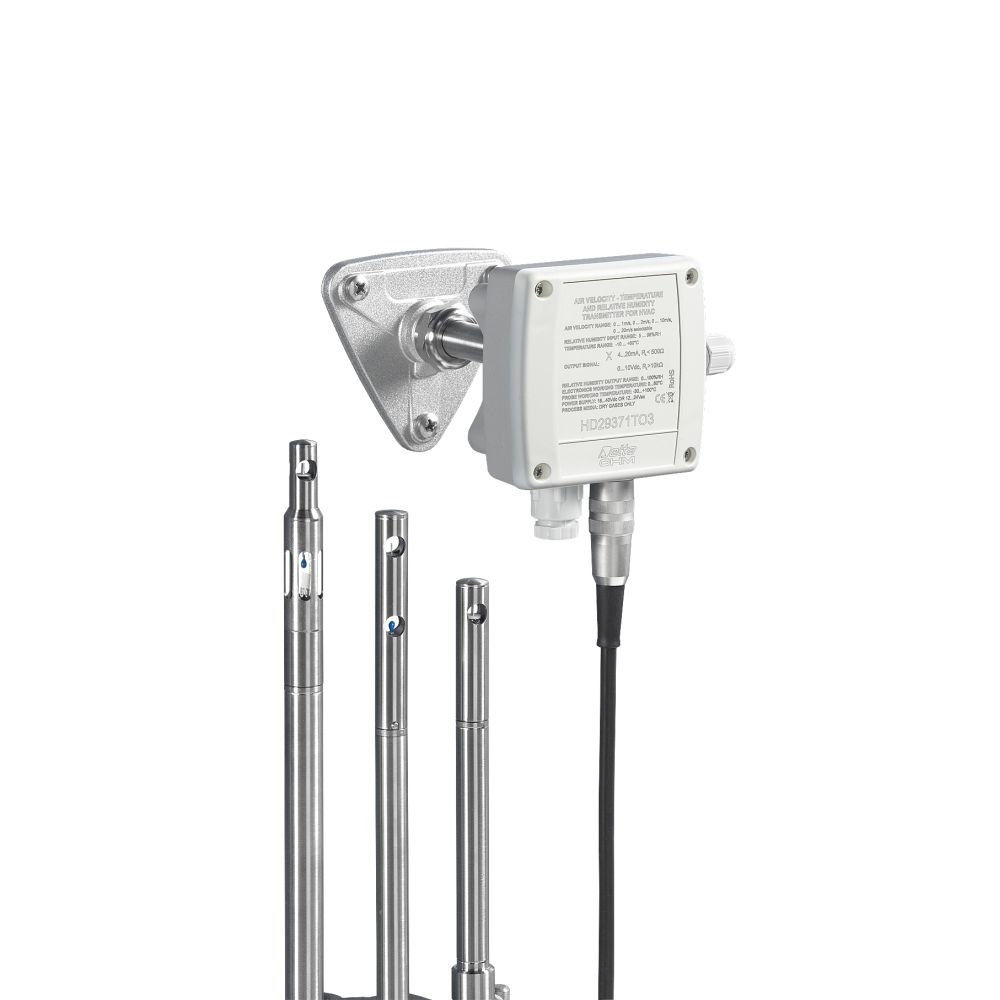 The sensors in combination with an accurate electronics guarantee precise and reliable measurements in the time.

The sensor for the air speed is thin film, the probe sheath is AISI304, the filter relative humidity of 20μ wire mesh, materials that allow the use in hostile areas.